The History of Locks

It is obvious to us that all our doors and windows have locks that prevent unwanted visitors. We therefore do not realize that locks and the associated keys have already undergone a complete evolution throughout history. Did you know that keys were even once seen as a symbol of power? Just think of the person who had the key to the gateways to a city. Today, locks and keys mainly have a security function, we want to feel safe in our home and be able to leave our belongings behind with peace of mind.

As long as man has walked the earth, he has had a need to protect himself and his possessions. In prehistoric times this manifested itself by inhabiting caves and burrows for reasons of being less accessible and hidden from view. At that time it was mainly a protection against wild animals. Once people started using the first homes, ways were sought to secure them as well as possible.

It is estimated that the very first castle dates back to about 2000 BC and originated with the Ancient Egyptians. These first locks that were found were indeed made of wood, but one could already recognize the idea of ​​cylinder locks in them. Houten pins that had to be slid into place were the first real form of security for homes, buildings and gates. A big, heavy houten key was used for this. So you can imagine that this was not obvious and that improvement was sought.

A whole evolution has been made

Most of us use cylinder locks, with or without a quality mark, to lock their home. This system was devised in America by Lindus Yale around 1861 and has enjoyed great success ever since. Iron and a flat lock with a suitable flat key began to be used. The brand is still one of the best known and most widely used in the world and has undergone numerous improvements since its invention. Even today, locks are continuously being adapted and improved in function of new and widely used burglary techniques.

Today, the range of locks is huge. Just think of cylinder locks, side locks, smart locks, electronic locks and the like from different brands and within different price ranges. The locks and keys may have undergone a complete metamorphosis, the idea behind it is and still remains the same. We want to protect and secure ourselves and our assets as best as possible and are prepared to invest in it. Not an unnecessary luxury when you look at the number of home burglaries. 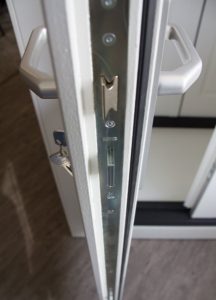